My name is Laurent van Poppelen and I was born on 2 February 1957 in the south-west of the Netherlands. I grew up in a middle class family with strong ties among its members and the social community of Roosendaal-Nispen.

My grandfather worked for the municipality as director for accommodation but was a sculptor in his free time. In his atelier I learned to sculpt in both stone and wood. For the community he designed and fabricated thousands of small decorations(different ones for each village) for the celebration of carnival. As a family we would sit around a large round table to get all those decorations painted in their colors before they went into the furnace. When finished my grandfather and me would deliver them to each of those villages. Here are some pictures of his work which you can google these, just type ‘Joop Vlak Roosendaal’. 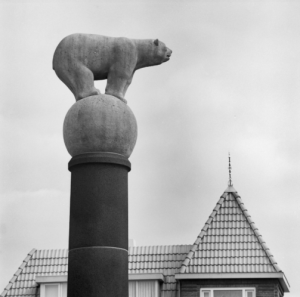 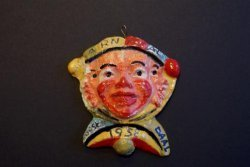 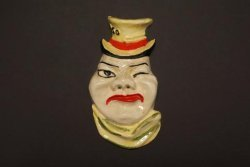 Pictures from left to right:

My Father couldn’t take his examination for mechanical engineering since, like many others, he was send to Indonesia. When he returned he became civil servant for the Dutch government. But in his free time he thought me how to build things. An we build lots of things. Indoor model railways modifying hand operated rail switches into electrically driven ones. Outdoor windmills for generating electricity filling old batteries and so having light in our shed. Also almost everything in the house was homebuilt, including beds, furniture, electrics, plumbing and more. And when he bought his first automobile we did all necessary maintenance together.

Of course, my mother, the grandmothers, uncles and ants also added to this. Clothing was also largely home made and my mother and an ant where actually very good at it. My father would draw the patterns, teaching me of course, and the ladies sew it together. If a sewing machine got broken we would repair it.

Outside help from friends of my parents also added to my development. He, Louis, was one of the developers of the K-series of the PHILIPS color televisions. He taught me everything about it, even how to repair it. This came in handy later on when I studied at the Technical University Eindhoven. I could lay my hands on a broke K9 television, repaired it and had it operating for another 8 years.

In the mean time we had moved from Roosendaal to Tilburg and later on to Haarlem. Going from the south to the north was quit a turnaround. Different people and different culture. Our neighbors son Eric van de Velde became a friend and we sheared an interest in electronics and spotting aero planes at Schiphol airport. Together we designed and build several radio stations for broadcasting music. As time progressed the transistor was introduced and sometime later the first microcontrollers and we evolved with it.

By that time I could do most of what I had learned myself. I even managed to build a wooden model aeroplane using a 10cc engine, which I got for free, and a span of 1.1 meter. I also build the transmitter, receiver and servo’s. Well, not actually servo’s! Since I could only send on-off signals all rudder and aileron movements where all or nothing! By dividing these rudders in two parts each I could still have, much better than I expected,  control at both high and low airspeed. In the end I lost my plane when it got out of range of the transmitter. Never saw it again but, was fun while it lasted. More important, it worked!! Years later when I had learned a lot more about aerodynamics I couldn’t resist to once more analyze what I had build. It turned out that by mere luck I had chosen the (almost)best dimensions for that model plane which, also by luck, had brought the center of gravity at the right place.

In 1976 I moved to Eindhoven becoming a student and renting a small room at a private address. Later I moved to a house occupied by students only. We were with five guys and we all loved motor cycling.

In 1982 my father became the principal tax collector in the Eindhoven region and could finally return to the south. By that time my father and me were already preparing to start our own company. Unfortunately he turned out to have cancer and died in 1985. Two years later I founded the company we should have started together “Applied Research Technology BV”(ART).

In 1996 I became a father myself and very proud with my daughter Desiree.