This is the most important stage of any project and also the trickiest one. Since a basic idea has formed and logically based on facts already known. This will also give a foundation to how it should be tested to proof it works. This is immediately the first pitfall which might strand the entire idea. If the idea is basically ok but the assumed solution is wrong it will simply fail the tests.

This is what makes it a great challenge since it always requires three capabilities which involve some way of natural talent. Being able to: 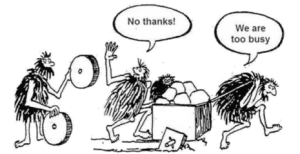 The first one enables you to look at the idea with different views and perspective. The second one eliminates pitfalls which where not recognized since the idea is still basic. For instance, the proposed idea for the ‘proof-of-concept’ is NOT representing what it should proof. Tackling these things is really the fun part required for creative design. But for both creativity, knowledge and experience are necessary.

Once these items have been resolved and the devil is banned its time to design a method to actually being able to test and proof or disproof the idea. For realization of this “Proof-of-Concept” are also some rules you should follow to make the tests feasible, affordable and not to much time consuming:

For some very high speed systems this might not be possible at all due to path lengths, radiation or whatever other reason. Think this over before you start designing and building the test environment. You should simulate and/or calculate wave speeds and turn around times for all critical paths.

If your not used to build this kind of test environments I would very much like to help, assist or advise you.