After Proof-of-Concept has succeeded its time for actual making a prototype. Depending the complexity there can be more steps in the creation of the prototype. If its fairly simple a pre-production can be created right away using the final modules, parts and components as desired for production. If the product is more complex there could be more intermediate steps:

An early prototype is needed if he “Proof-of-Concept” was successful but nor the used modules, parts and components have contributed some aspect of the final product. In this phase both electronics, mechanics and shape need to be addressed to create something that resembles the final product but is suitable to test all requirements. This implies that multiple measurement connection will be available to prove that the product will still perform as expected.

If “Proof-of-Concept” already proved its functionality reasonable close to a form factor of the final product this is likely to be the next step. At this point the final products shape is build and tested. For enclosures 3-D printing could be used to resemble the final product and demonstrate that all parts will fit.

This stage is always present. Before going to production we always want to be sure that nothing is left to chance! All measurements are checked accurately and assembly as well as dis-assembly is checked. Also functionalities and requirements are thoroughly tested. These could testing for resistance against temperature, humidity, dropping, vibrations, color changes etcetera, which are checked against the requirements. Also the well known “Monkey-test” is part of this cycle. 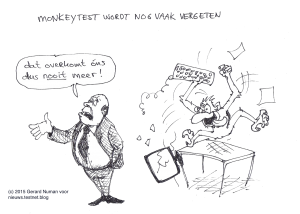